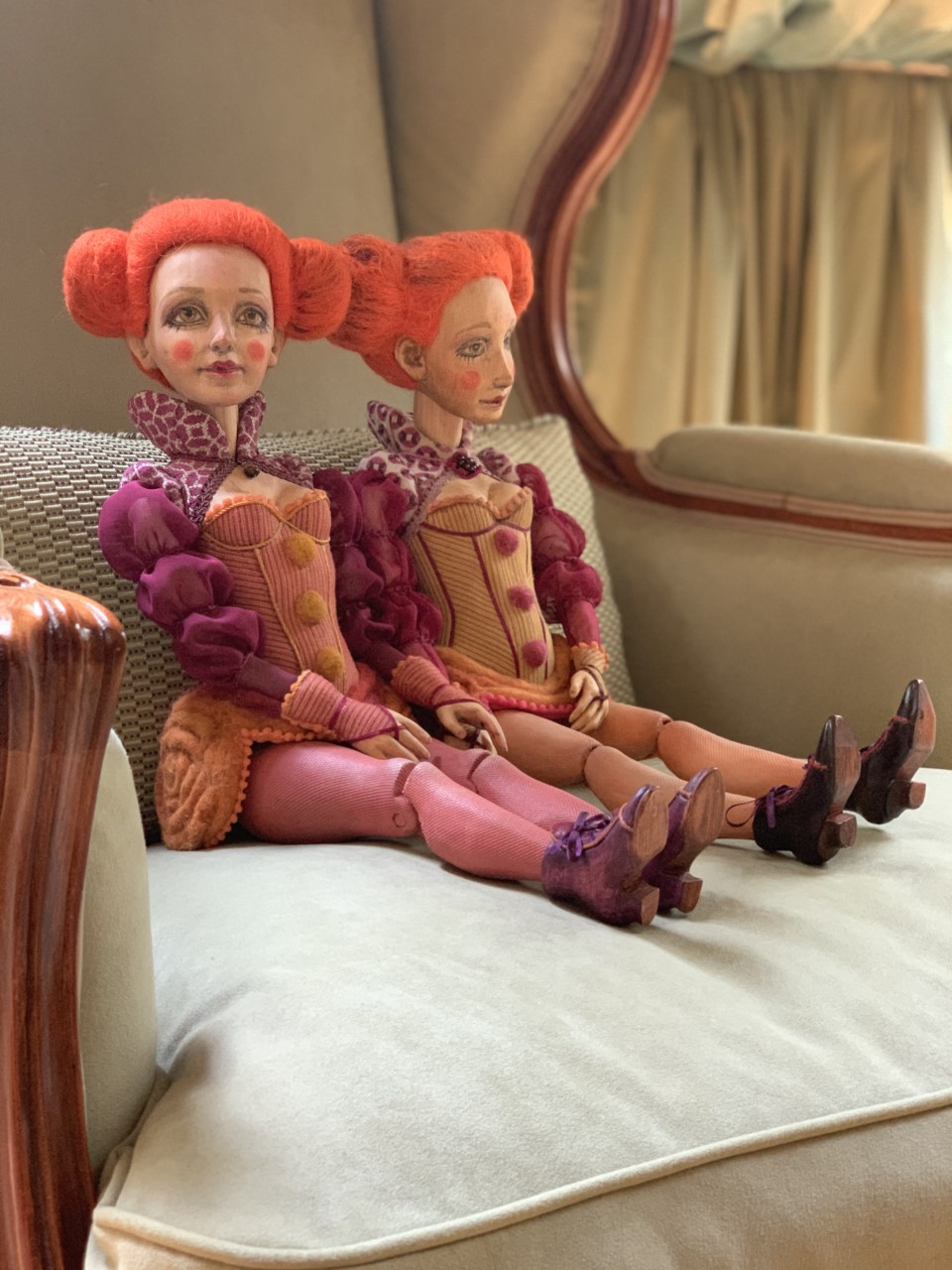 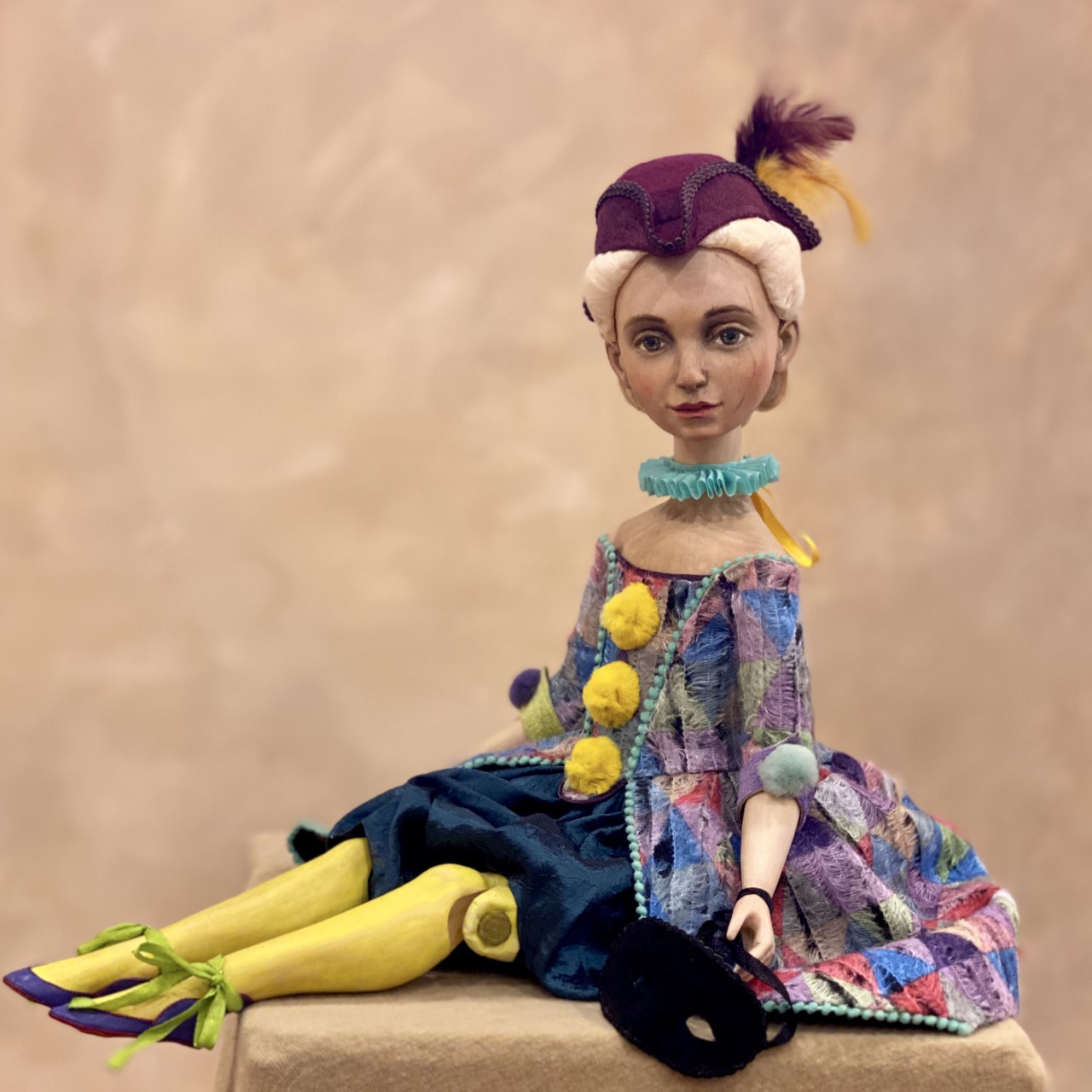 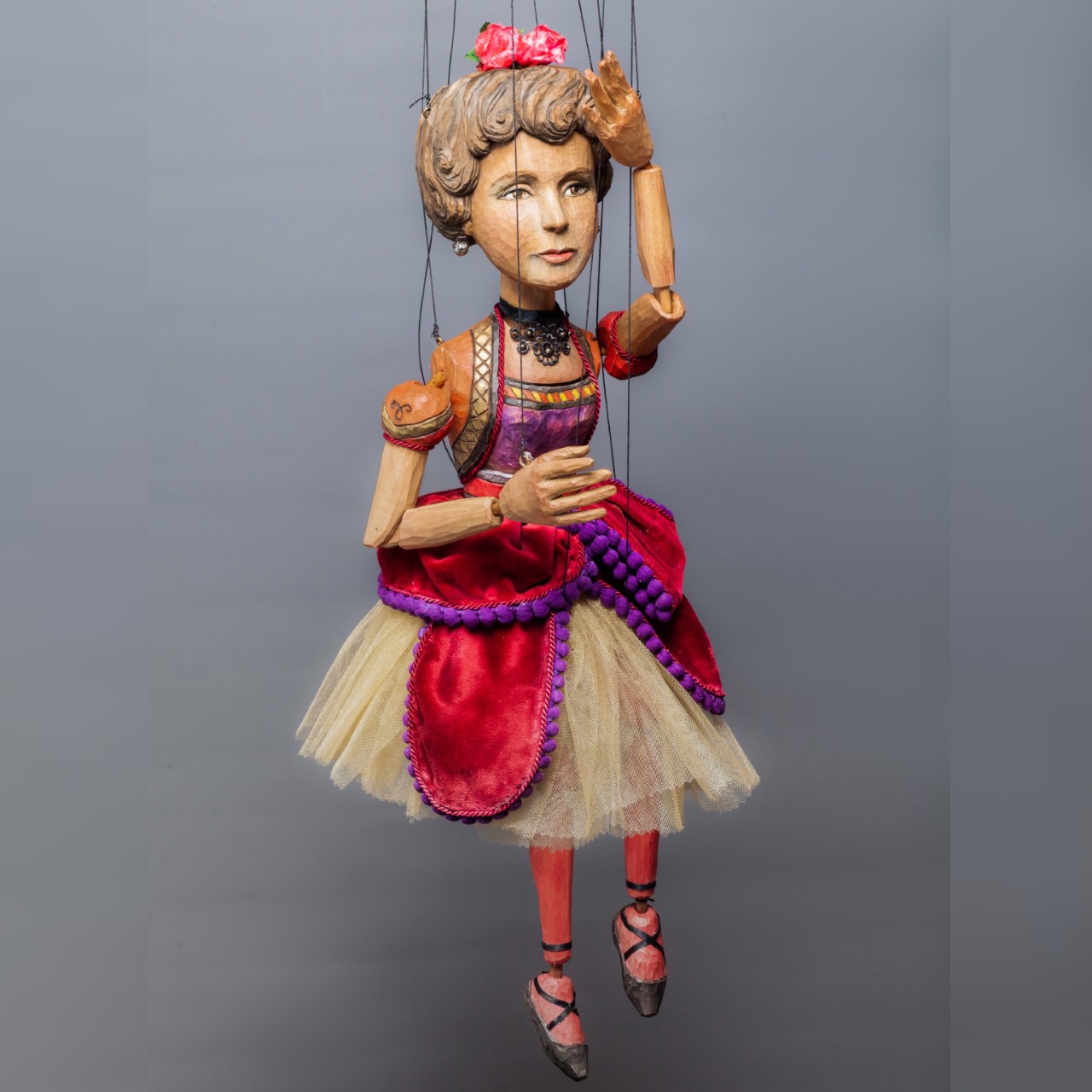 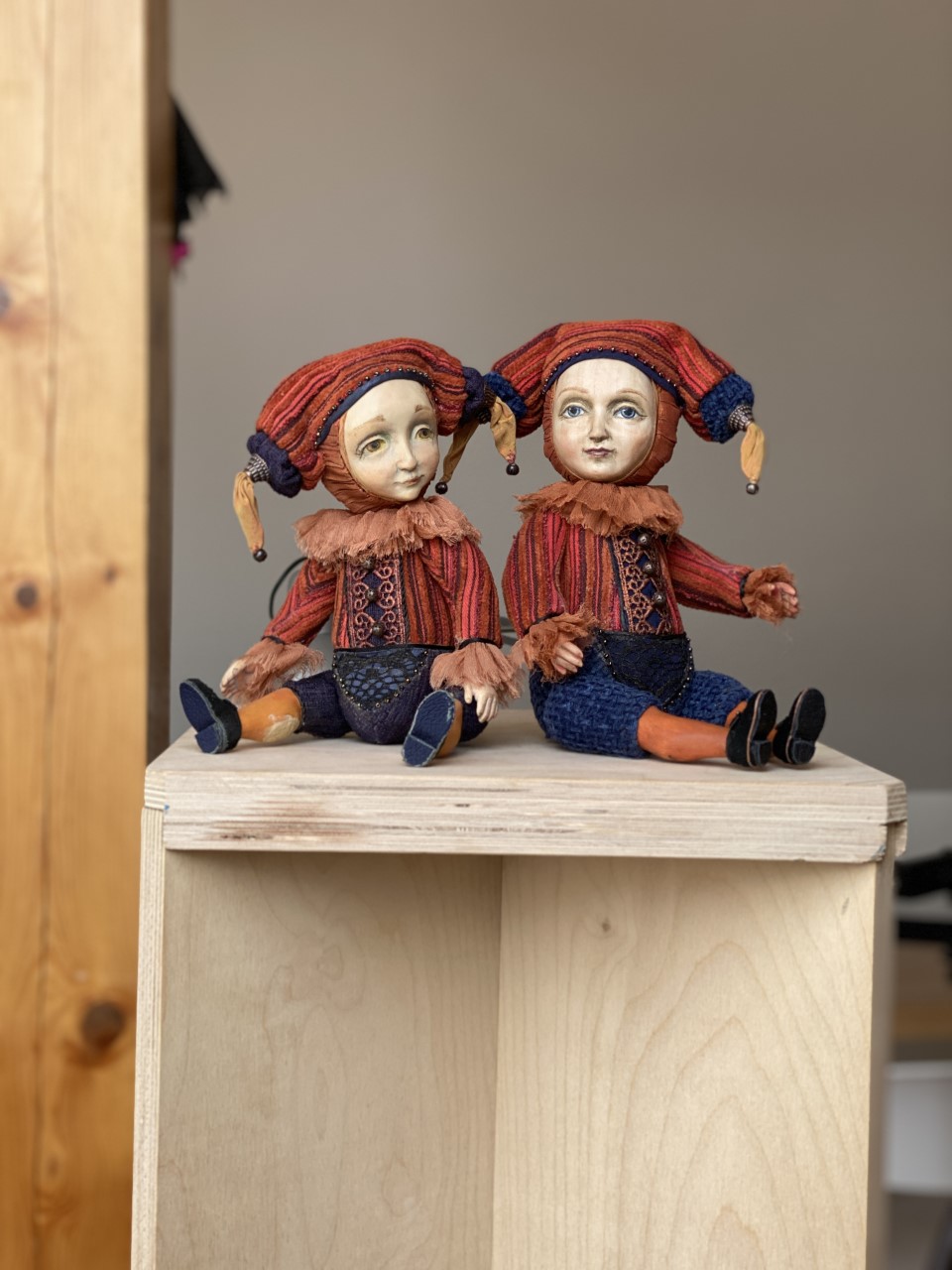 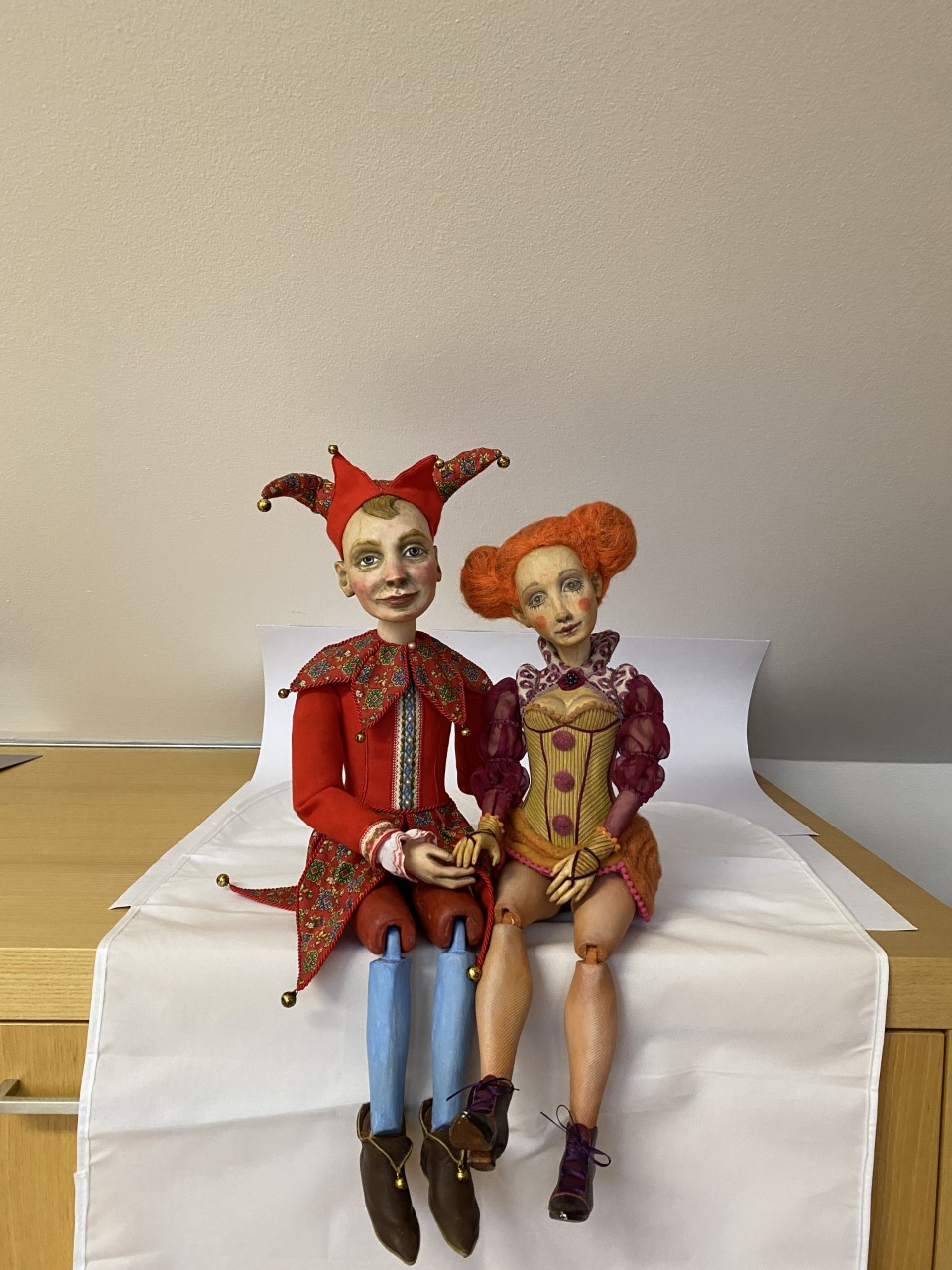 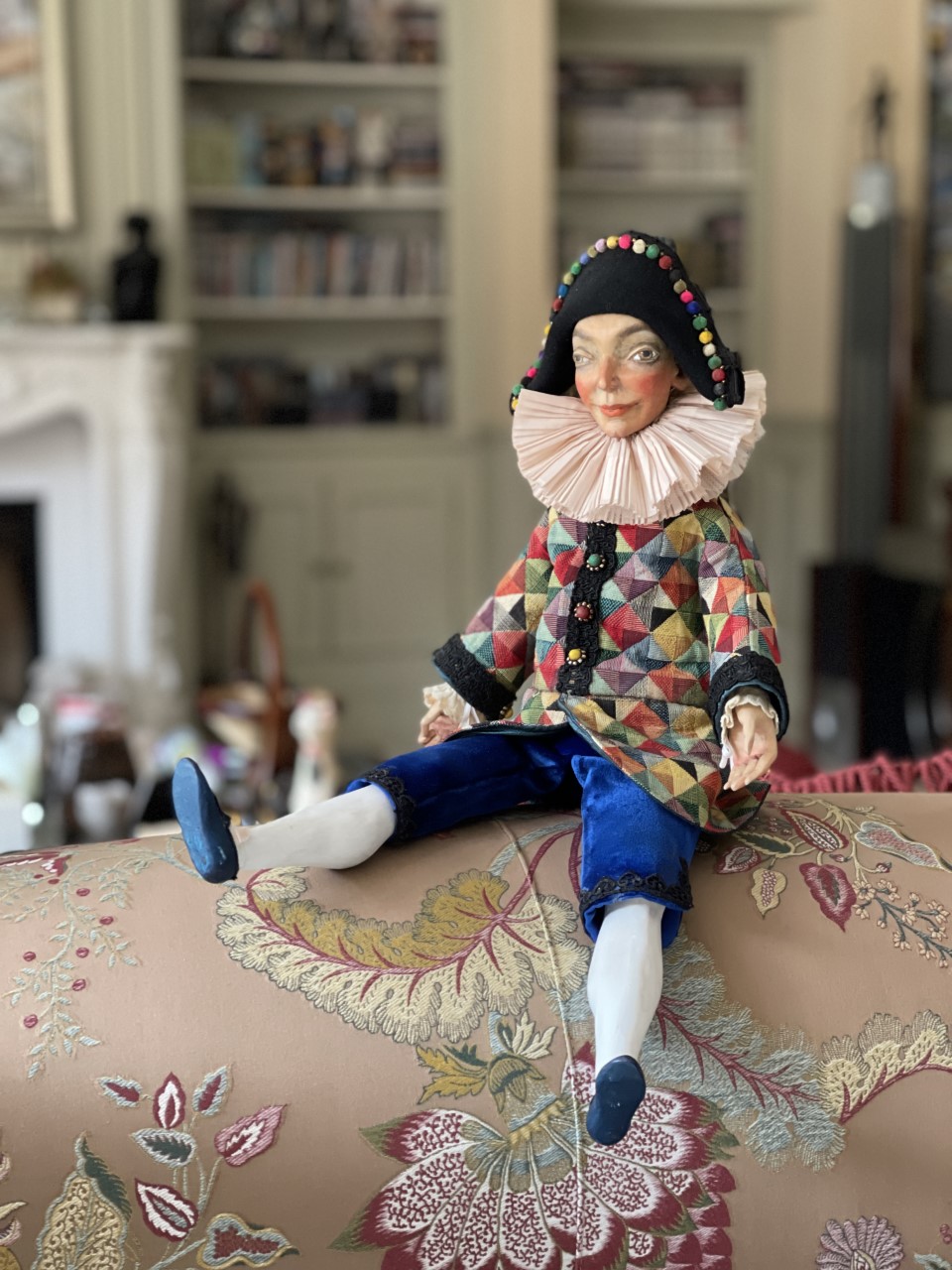 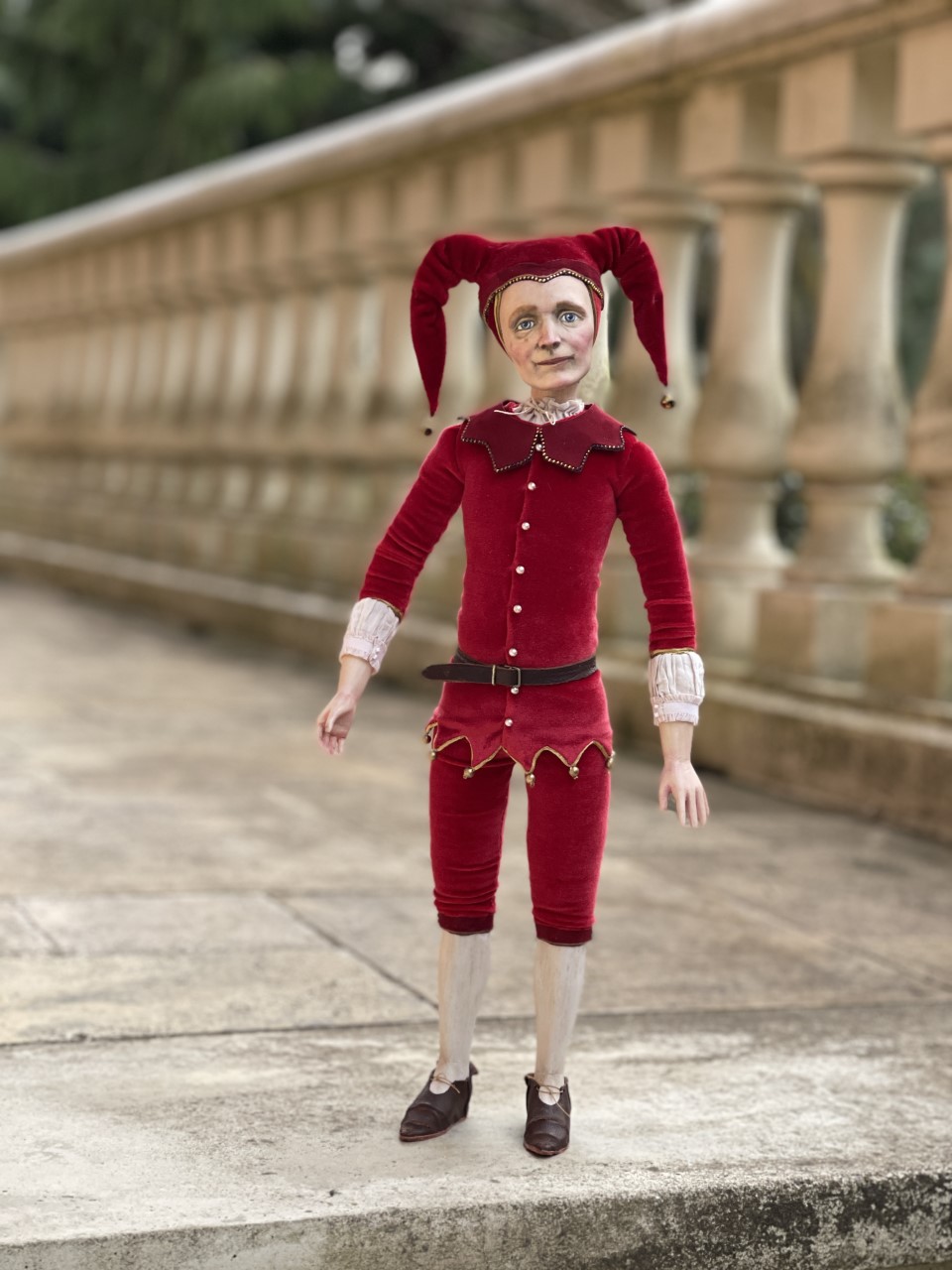 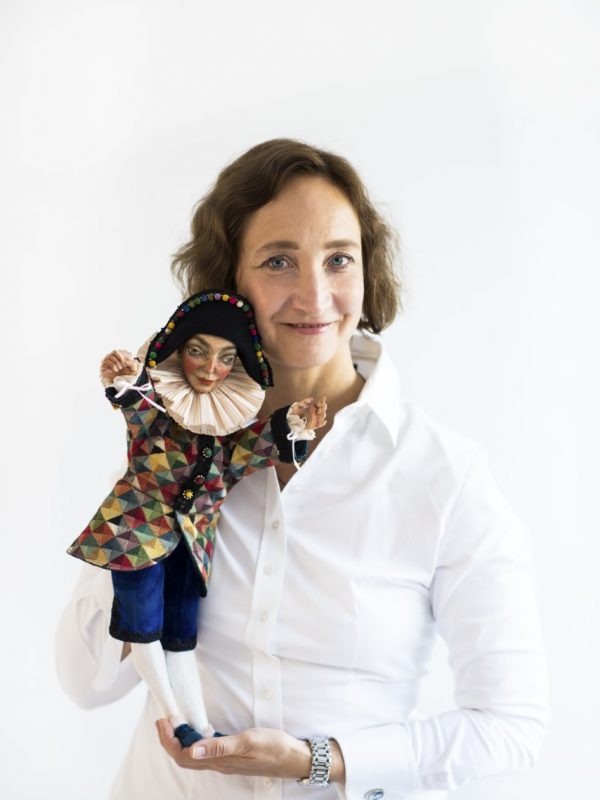 Her passion for dolls arose when she saw a handmade porcelain doll in a gift shop in Paris. It was a revelation for her that you can make a doll with your own hands and she really wanted to try it for herself.

In 2005 she made her first doll of Fimo, the process was very exciting, but she loved it so much that she didn’t want to stop. As she saw more work by others, she became curious and saw that there were more materials to make dolls from. Viktoria took courses from both known and unknown Russian puppet artists and learned to work with Fimo, self-drying clay, papier-mâché, Flumo, porcelain and wood. She also took classes in anatomical drawing and sculpting. Of all the materials she worked with, wood was preferred and since 2014 Viktoria loves to work with wood. She often gets her inspiration from fairy tales. She likes to show the character in the dolls she makes, they tell a story and share it with the viewer.

Since 2016, Viktoria has been participating in DABIDA and Doll Prague exhibitions.

Several of her dolls have been awarded a prize. In 2018 she won the Max Oskar prize for best fantasy doll and the Pandora Award. In 2019 she took the third prize of Doll Prague. She now teaches how to make wooden dolls herself. She is happy to share her knowledge and considers it an honor that her knowledge can be of value to others. She finds it inspiring to see how students turn their own ideas into a doll.