We are an association of artists from the Netherlands and Belgium, committed to promote contemporary handmade dolls as a form of art. In other words; to present our creations as figurative art. They are intended as objects to look at, to admire and to convey emotion to the viewer.

We are an association that contributes to encouraging others to make doll art, in the Netherlands, Belgium and even beyond.

We want to offer our members as well as newcomers a platform to showcase their creations. Quality and diversity are important to us because we strive for a high level of our work, just like that applies to other current art forms.

(photo: made during DABIDA outing in the textile museum in Tilburg, 2018) 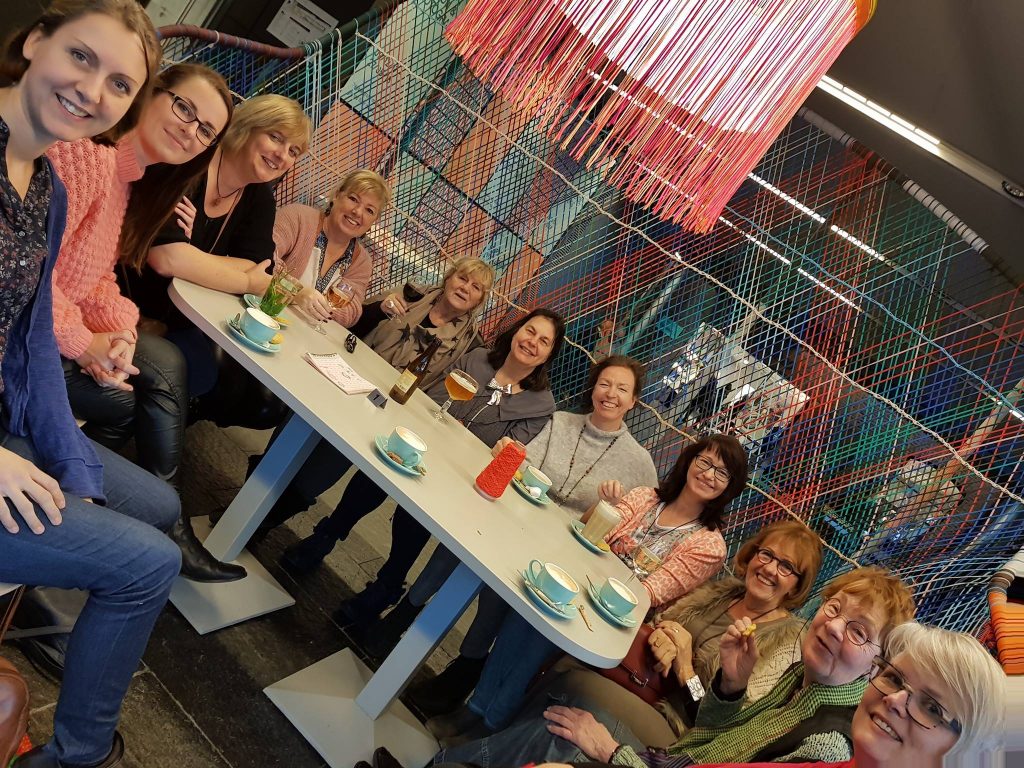 DABIDA was founded in 2006 by a small group of Dutch doll artists. The driving force behind DABIDA was Hannie Sarris. She was the one who took the initiative to establish an association of doll artists to, among other things, promote doll making as an art form. Hannie, Astrid Mulder, Saskia Hoeboer and Marlaine Verhelst together provided the first joint exhibition of Dutch and Belgian doll artists on Sunday April 15th 2007, now known as DABIDA day.

They were excited whether the many doll art enthusiasts would find their way to the Oude Pastorij in Essen (Belgium), just across the border at Roosendaal. But despite the tropical temperatures on that Sunday, it was a great success! 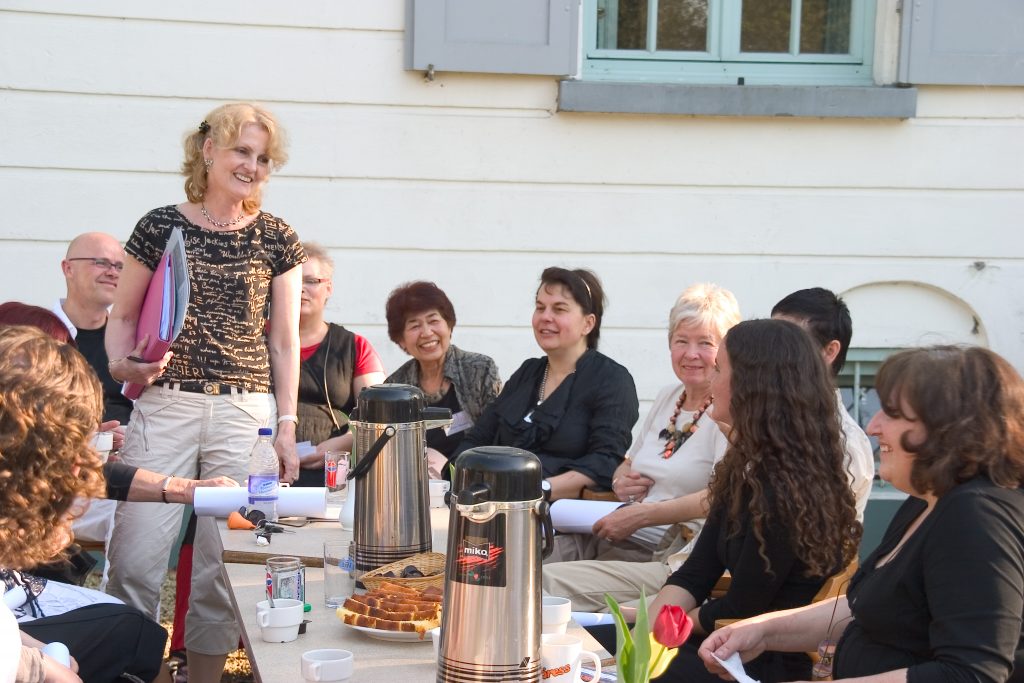 A variety of reasons made it into a success. First of all the beautiful location, but most of all the diversity in style, design and the diverse use of materials for the dolls (textiles, ceramics, self-drying clay, polymer clay and porcelain). During this exhibition, a number of members gave demonstrations of how their dolls were made, sharing techniques, tips and tricks with the visitors. Visitors enjoyed themselves for hours. This successful day was the start to make it an annual event.

In 2009 was the concept of the DABIDA day expanded. A competition was launched for the first time and the annual Doll Award was introduced. An Award that should inspire by inviting every dollmaker to make a doll based on a theme. The top 3 nominees were invited to attend the DABIDA day with his or her entry. There, the number 1 winner was announced. Unfortunately, Hannie Sarris passed away shortly after the 4th DABIDA day, in May 2010. As a tribute to her, the Annual Doll Award was named after Hannie. Since this time, the Doll Award is called the Hannie Sarris Award or HSA. In this way we hope that her craftsmanship, her passion and commitment to doll art will continue to inspire.

In 2009 there was also the introduction of “the guest of honor”. Well-known established doll artists were invited to participate in the DABIDA day with their beautiful creations as guest of honor. They tell about their work and/or gave a demonstration about their creations. These past years we have welcomed several famous artists from abroad like: Brian and Wendy Froud, Popovy sisters, Virgini Ropars, Tatjana Raum, Renate Jansen, Sabine Vogel, Patrizia Cozzo, Elisa Fenoglio and Claudia Raddi. There were also several Dutch guest artists such as; Eric van Straaten, Yuliana Kamerbeek, Marijke Eeken and An Brzoskowski.

The first exhibition started with 15 doll artists from the Netherlands and Belgium, who exhibited their diverse work in the atmospheric rooms of “de Oude Pastorij”. At different locations with a varying group of members, every year DABIDA had an exhibition. After a few years of exhibition in “de oude pastorij” in Essen, DABIDA days were at “de oude Steenfabriek” in Gilze and the “Klok en Peel museum” in Asten. DABIDA’s 10-year anniversary was celebrated in “de Zuiderkerk” in Amsterdam in collaboration with Svetlana Pchelnikova. She provided many extra foreign exhibitors. The year after this, DABIDA day was at “het Kruithuis” in Den Bosch and in April 2019 in gallery “De Ruimte” in Geldrop. Showing the work of DABIDA members in a gallery was a new step to present them like the art as they are. In addition to the annual DABIDA day we had, in November 2018, the opportunity to exhibit a 5-week exhibition in the beautiful round exhibition space of “de Ring” in Epe.

Unfortunately, the world pandemic interrupted our annual scheme. We were not able to organize any exhibits as it has turned the world upside down for a few years.

Until October 3, 2021 when we could continue in Nuenen. A new DABIDA day was organized in collaboration with the Blue Planet Harp ensemble. It was a joined event. DABIDA members exhibited and Blue Planet Harp ensemble gave a performance of “de Poppenmaker”, a musical dream in which dolls came to life. The main characters from the story were made as dolls/puppets by some DABIDA members. Harp music, singing and performing with puppets made it a special and beautiful performance.

At this moment we have 14 members, all from the Netherlands or Dutch speaking. We hope, in the future, to welcome new members from Belgium too.

Not all members are able to exhibit during all DABIDA activities. We appreciate all our members and like to show their work on this website. All members, exhibiting or non-exhibiting are all a calling card for DABIDA.

(Photo: DABIDA members and their guest exhibitors during DABIDA day in the “kruithuis” in Den Bosch) 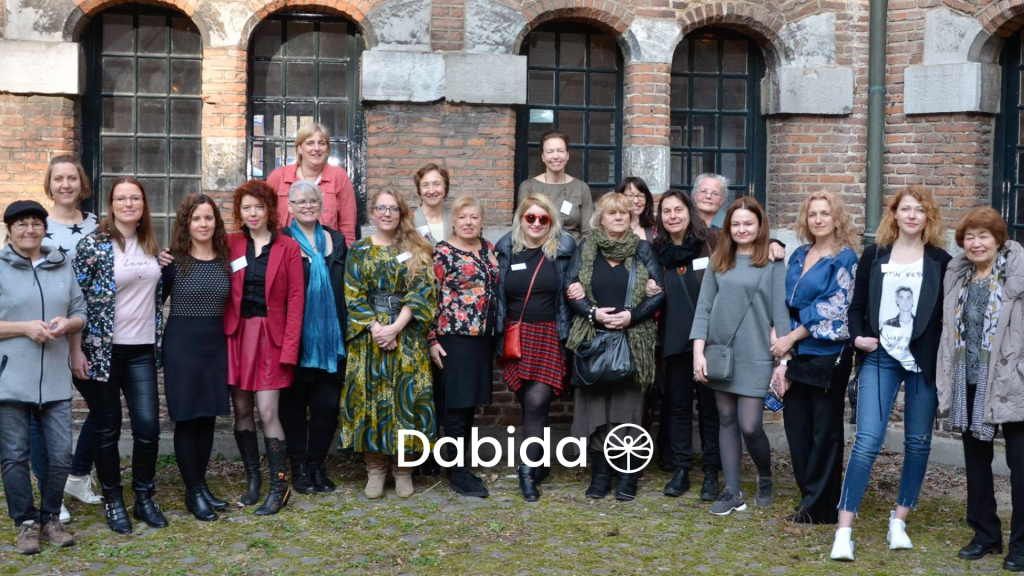 The diversity of its members’ work makes DABIDA very special. This diversity is
characterized by style, design and use of materials. Each member has developed
their own recognizable style. The materials that are used by our members include;
porcelain, self-hardening clay, porcelain clay, polymer clay, textiles, chamotte clay,
paper-maché and wood. Our members are happy to show how these materials and
techniques are used by giving demonstrations during DABIDA days.

By organizing a DABIDA day in exhibition setting, the doll as an artistic expression of art is best served. We like to exhibit in collaboration with other art forms, such as in museums, theater, music or a combination of these artforms. Connecting to a social theme is also a possibility. During DABIDA day we offer a platform to established (foreign) artists, who are invited as guests and newcomers, through the Hannie Sarris Award.

Of course, DABIDA members themselves will be as much as possible present during DABIDA day to show the public their most recent works of modern doll art.

more about the dabida day 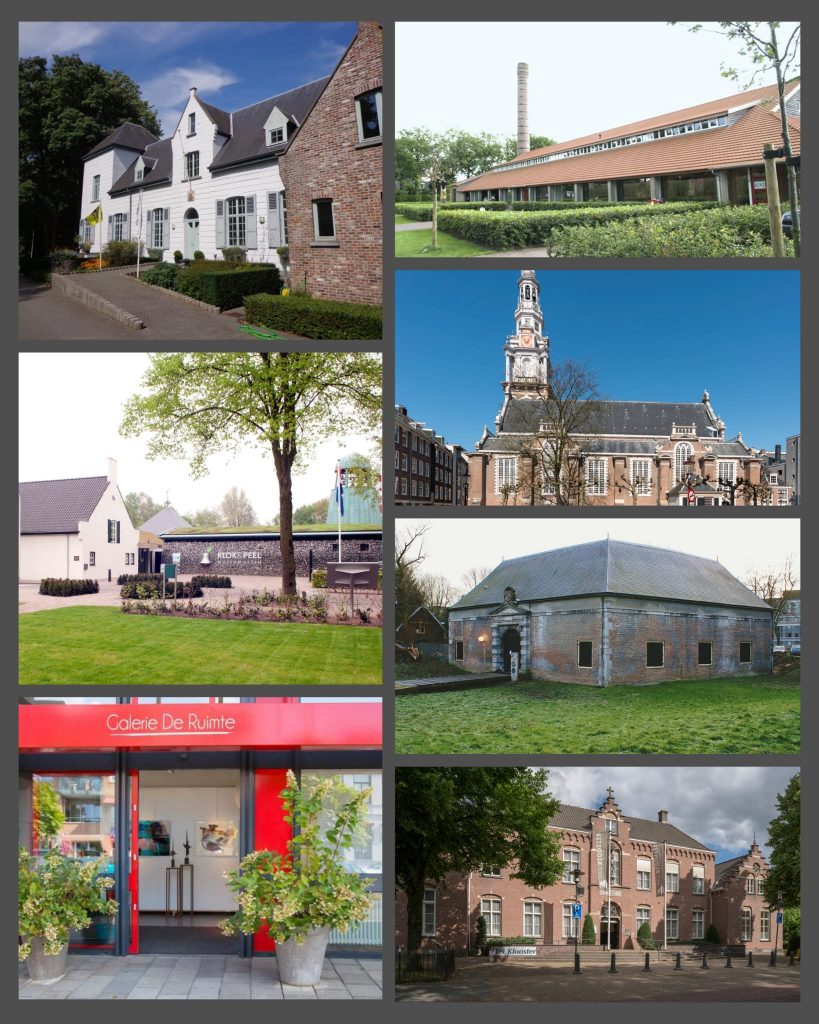